Culture in Abu Dhabi goes back centuries – evident in the number of ancient oases in Al Ain.

Read more below, but in the meantime, SUBSCRIBE for top travel tips and insider info on the Visit Abu Dhabi channel: https://www.youtube.com/channel/UC8m8-P5KTTN3q6Fzm4Hg-Jg

Al Ain, Abu Dhabi’s lush garden city just an hour and a half away from the capital, is home to a number of ancient oases, namely Al Ain Oasis, Al Qattara Oasis, Al Jimi Oasis and Al Hili Oasis. The historic culture in Abu Dhabi is evident in these incredible sites. If you’re looking to soak up culture in Abu Dhabi, a visit to Al Ain is an absolute must. You’ll also find a ton of culture in Abu Dhabi city to soak up.
The lush and picturesque Al Hili Oasis is the northernmost oasis in the Al Ain district, and a great place to spend a few hours exploring and taking photographs of charming, historical sights. It covers an area of 60 hectares and contains approximately 40,000 mature palm trees over 252 farmed plots. It is also home to several historic structures, including two watchtowers, an ancient, traditional irrigation system (falaj) and a fortified home built in the early 1800s. The Hamad Bin Hadi Al Darmaki (Bin Hadi) House stands at the centre of Hili Oasis and is a great example of the fortified houses that guarded oases at the time. This is historic culture in Abu Dhabi at its finest.
Oral tradition says the foundation of Bin Hadi House dates to approximately 1820, a generation before the family of Sheikh Zayed the First arrived in Al Ain. Common to these buildings, the house includes a rectangular enclosure with a large square tower at one corner.
The oasis features a falaj, which primarily uses underground canals to bring water from distant aquifers to the oasis. The oasis and its falaj were of such importance to the families living in the area that they built two defensive watchtowers to protect them.
Although the Hili watchtowers were commissioned by different patrons, both towers – just 56 metres apart – serve a common aim: to form a protective gateway to Hili village and its vital water supply. Both are built on artificial earthen mounds and made with local materials, including stone for the foundation, with mud bricks, palm trunks and palm fronds used to build the remainder of the structures.
The square-shaped Sheikh Zayed Murabba watchtower was built at the command of the late Sheikh Zayed Bin Sultan Al Nahyan, Founder of the UAE, during his rule of Al Ain. The building was used by the Ruler’s Representative and played an important defensive role, overlooking the adjacent neighbourhoods and providing protection for the Hili community. The simple structure stands more than eight metres high and is broader at the base than at the top. It has the classic features of a defensive square tower, including a ground floor with no windows and only a wooden staircase leading to the upper battlements, from where guards could keep watch over the surrounding area.
Seebat Khalifa Bin Nahyan watchtower is round, with 1.75-metre-thick walls rising to a height of more than seven metres. Like the adjacent Sheikh Zayed Murabbaa tower, it has a single internal space and a wooden staircase leading to the roof. Four large triangular openings provide ventilation and lighting and the machicolations (openings in the floor through which stones and boiling liquids could be dropped on the enemy) are augmented by saw-toothed battlements that alternate between protective walls and open spaces for attacking or keeping watch.
Come to the UAE and soak up the culture in Abu Dhabi and Dubai. If you’re visiting Dubai on a family vacation or work trip, make sure you add a few days to your itinerary and visit Abu Dhabi!
RELATED VIDEOS
Discover all the treasures that Al Ain has to offer https://www.youtube.com/watch?v=7P-bblSlhAk


CONNECT WITH US
Plan the vacation of a lifetime with Visit Abu Dhabi
https://visitabudhabi.ae

Get top travel tips and insider info when you subscribe to the Visit Abu Dhabi channel - https://www.youtube.com/channel/UC8m8-P5KTTN3q6Fzm4Hg-Jg 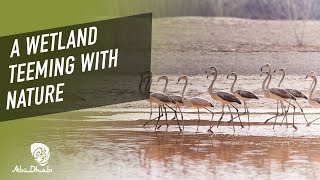 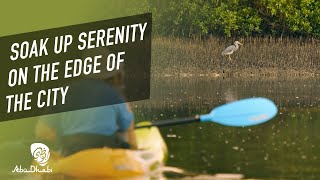 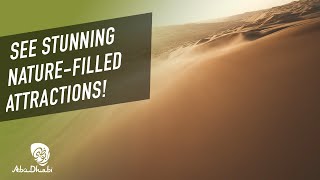 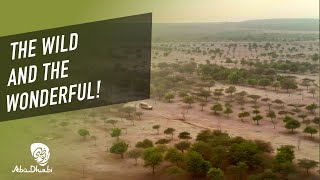 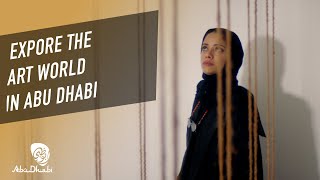 Best places to visit in Abu Dhabi for art | BBC